“I Have a Dream”: The story behind Martin Luther King’s famous speech 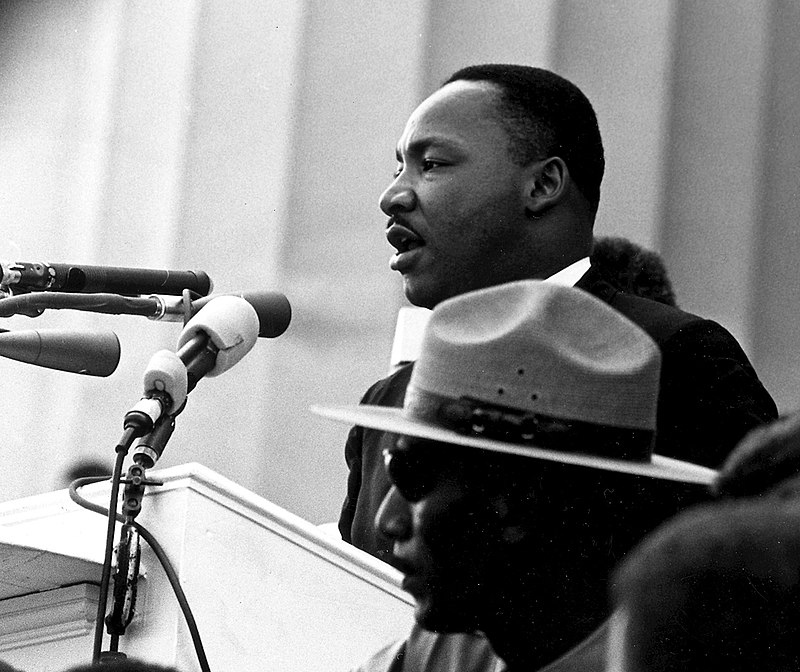 When we talk about Dr. King, we think of his historic speech, “I Have a Dream.”

However, what most people don’t know is that the final part of Martin Luther King, Jr.’s iconic speech as presented in August 1963 might have been largely improvised as he was not planning to include it in his remarks that day.

Dr. King gave that famous speech several times throughout his fight for civil rights for Blacks.

However, the most famous instance of this important speech occurred during the March on Washington on August 28th, 1963. This was a very special event and in many ways, the culmination of the efforts of the Civil Rights Movement and Dr. King’s work.

At the time, this was the largest protest ever seen in the USA: approximately 250,000 demonstrators gathered at the Lincoln Memorial in Washington DC.

During this landmark protest, two significant groups joined forces in a demonstration.

But 1963 was significant for several key reasons

1) Because it marked 100 years since President Abraham Lincoln ended slavery with the Emancipation Proclamation (January 1st, 1863).

2) Because the Civil Rights Movement had been fighting for about 15 years and pressure was building for real changes to be made.

3) In May, Americans had seen peaceful protesters and young students clubbed by police officers, blasted by water from high-pressure fire hoses, and attacked by dogs on television and in newspapers, which sparked international outrage.

4) On June 11, Governor George C. Wallace stood in a doorway at the University of Alabama to block two black students from registering. The standoff continued until President John F. Kennedy sent the National Guard to the campus.

5) On the same day, President Kennedy gave the Civil Rights Address. In this speech, he called Americans to recognize civil rights as a moral cause. He proposed new legislation that would lead the nation to end discrimination against African Americans.

With all of these events, and more not listed here, an extraordinary momentum had been built for a mass protest on the nation’s capital.

Thousands of people traveled by road, rail, and air to Washington D.C. on Wednesday, August 28. Marchers from far-off cities took long bus rides overnight to get there for the event. Protest organizers persuaded New York’s Metro Transit Authority to run extra subway trains after midnight on August 28, and the New York City bus terminal was busy throughout the night with peak crowds.

Understandably, some people were afraid there would be violence at the rally, but it remained peaceful and full of hope, despite the huge number of people.

Martin Luther King Jr. had not planned to mention his “I Have a Dream” speech that day, but as he was speaking, a singer named Mahalia Jackson reportedly encouraged him to include it.

In this video, people who participated remember the March on Washington in 1963.

Click the CC button on the video if the English subtitles are not activated.

Civil rights: the rights that every person should have regardless of his or her sex, race, or religion.

Civil disobedience: refusal to obey laws as a way of forcing the government to do or change something.

Segregation: the practice or policy of keeping people of different races, religions, etc., separate from each other.

Jim Crow Laws: Laws specifically designed to enforce racial segregation and disenfranchisement of Blacks in the United States were known unofficially but commonly as “Jim Crow” Laws. They represented a formal, codified system of racial apartheid that dominated the American South for three quarters of a century beginning in the 1890s. The laws affected almost every aspect of daily life, mandating segregation of schools, parks, libraries, drinking fountains, restrooms, buses, trains, and restaurants. “Whites Only” and “Colored” signs were constant reminders of the enforced racial order.

Integration or de-segregation: to end a policy that keeps people of different races apart in (especially in a public institution, such as a school).

To watch the events surrounding of Martin Luther King Jr.’s famous speech in French, go to Arte’s website here. Warning! This video contains footage of protests in Birmingham and the police response.

This site uses Akismet to reduce spam. Learn how your comment data is processed.